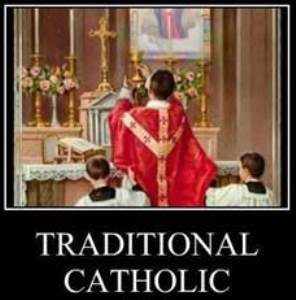 As I read Anthony’s essay, he is the perfect example of a Catholic today who believes he knows what the truth is and wants to vigorously defend it, but in the end is thoroughly misinformed due to the falsehoods and misconceptions that are daily circulated in modern academia about cosmology, and specifically about geocentrism. In most cases, Anthony fulfills the saying, “damnant quod non intelligent.” It is my hope that Anthony will revisit his arguments after reading my rebuttal and garner a whole new perspective on the issue. Hence, I have taken the time to answer Anthony’s arguments, point‐by‐point.

Email ThisBlogThis!Share to TwitterShare to FacebookShare to Pinterest
Labels: Traditionalism

Response to Laurence Krauss on Hubble

Krauss doesn’t know the universe is expanding, since there are about three or four other scientifically viable explanations to redshift that do not depend on expansion. Krauss needs the universe to expand because he insists on using Einstein’s general relativity to explain the universe. One of the best geocentric explanations is that the redshift is caused by the centrifugal force on light in a rotating and yet non-expanding universe...
No comments: Links to this post 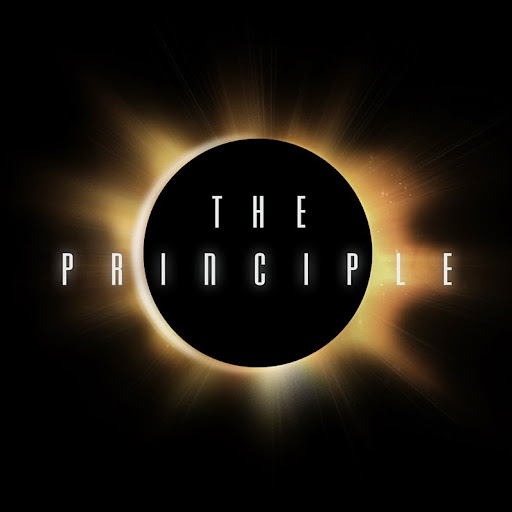 An Earth in the center of the universe just screams significance and purpose and, most of all, a Creator that truly cares for us. Why Jimmy Akin, and his boss, Karl Keating, would be against such an astounding possibility is a very great puzzle. Don’t they realize that if the scientific evidence puts Earth back in the center of the universe this means the Catholic Church is well on her way to being vindicated from all the jeers and accusations that have been thrown at it for the past four centuries since the time of Galileo? Don’t they see that with this new information the whole world could literally change overnight as mankind finally comprehends that the God who put the Earth in the center is the same God who revealed it to his Church and created the universe? What better platform is there from which to evangelize the world?
No comments: Links to this post

“The Principle”, having opened as the #1 single screen debut in America at the Addison Marcus Cinemas last weekend, is now heading downtown to the Loop at the AMC River East 21 – 322 East Illinois Street Chicago, IL 60611 starting Friday, November 7, 2014!
BUY TICKETS NOW
No comments: Links to this post

DEBUNKING PALM AND MACANDREW ON THE CMB EVIDENCE

A CONCISE OVERVIEW OF THE MEDIA HOAX AGAINST THE PRINCIPLE DOCUMENTARY

CHICAGO TICKETS NOW ON SALE FOR “THE PRINCIPLE” OPENING WEEKEND!

We are pleased to announce that Chicago area moviegoers can now purchase tickets to the opening weekend of “The Principle.” Showings start October 24th exclusively at Marcus Addison Cinema. If you have friends or family in the area,  let them know this is a movie they don’t want to miss!!

Fatima, The Principle, and How to Change the World

"Fatima, The Principle, and How to Change the World"

Dr. Robert Sungenis interviewed by Judith Sharpe of ISOC http://www.isoc.ws/
No comments: Links to this post

The Copernican Principle is one of them.

This simple idea- that we occupy no specially favored or central location in the universe- lies at the very heart of the modern scientific world.

In fact, this single idea brings that modern world into existence.

Christians and people of faith generally have essentially forgotten the worldview of Genesis (be honest- when was the last time you really considered the implications of the astonishing last three words of Genesis 1:1?).

That ancient world viewed Earth as the center of creation; Christendom overwhelmingly concurred. For the medievals, Earth had to be the center of the universe, since it was the place of the Incarnation of Jesus Christ, of the Son of God, for the redemption of the lost descendants of Adam.

The story of how that view of reality was completely overturned is one of the most fascinating in all of history, and it is the story of our film.

You see, something amazing is happening……

The most recent and comprehensive scientific surveys of our universe are reporting inexplicable alignments of the very largest structures with supposedly insignificant Earth.

In the words of atheist physicist Lawrence Krauss:

“Could this be Copernicus coming back to haunt us”?

“The Principle” is one of them.


As you may know, my company Stellar Motion Pictures, LLC in West Hollywood, California, has produced the movie, The Principle, which is due out in selected theaters in October 2014. It has been a long road the last four years, but, God willing, we are about to see the fruits of our labors. You can see the trailer here (www.youtube.com/watch?v=p8cBvMCucTg). It now has over 400,000 views, and our Facebook page has over 5 million impressions.

Our marketing campaign is being conducted by industry veteran Bob Angelotti whose credits include Passion of the Christ, Expelled, United 93, Rocky Balboa, Prince of Egypt, March of the Penguins, and many more. Soon you will see us interviewed on nationally syndicated television shows.

The way we designed the campaign was to lead with The Principle. Its main purpose is to open the world’s mind up to the fact that its current cosmology is wrong and that the “Copernican Principle,” which is modernity’s foundational belief that we are neither special nor in a special place in the universe, has been scientifically falsified and is on the verge of collapse.

My second documentary is much more comprehensive and detailed. It will show in graphic detail that not only is the Copernican Principle wrong, but the Earth is in the actual center of the universe and isn’t moving at all. It will show the world that Galileo Was Wrong: The Church Was Right, which will also be the title of the documentary.

This will not be a theatrical release. It will be for DVD, VOD and internet download. I also want to get it into the major languages (Spanish, French, German, Russian, Chinese, etc.).

I will be doing this project through CAI Publishing, Inc., and not through Stellar Motion Pictures, LLC. This will allow me to keep the cost way down, yet still produce a high-quality DVD documentary that will supplement The Principle.

To make the DVD, I have hired a top-notch film maker named Keith Jones of Abdon Solutions, LLC (www.abdonsolutions.com). I have seen Keith’s work and it is fantastic. He also comes highly recommended by the producer of The Principle, Rick Delano. Keith is a devout Catholic man who has embraced my work whole-heartedly, and is putting his heart and soul into this project.

I have also hired professional recording artist, Mark Anthony, of Prescott Recording and Sound in Arizona (http://prescottrecordingandsound.com/). Mark has been in the business of professional recording for the last 25 years. He will be recording my narration for the DVD. Mark is also a devout Catholic man who has embraced my work whole-heartedly and has done many other projects for me.

Keith and Mark will be helping me make two sets of DVDs, one for the scientific issues and one for the historical issues, just the way I wrote the books, Galileo Was Wrong: The Church Was Right. We want to start this project by the beginning of August 2014 and to do so we need adequate funding. Keith says we can get both DVDs done in six months, which is three months for each DVD.

Here is the best part. All told, the whole project should cost us less than $75,000. Since you have given your support to our work in the past, I want to ask you to contribute funding to this present project.

I thought it best to make the amount small enough so everyone who wants to contribute to this world-changing documentary can do so.

Your name will be added to the credits at the end of the DVD as a financial supporter (unless you request not to have your name included). Those who contribute more will have their name at the top of the credit list.

As noted above, this project will be produced by CAI Publishing, Inc, which is a 501c3 tax-exempt corporation, which means that your contribution will be tax-deductible.

If you would like to participate, I have attached a simple agreement between you and CAI Publishing, Inc. All you need to do is fill out your name and amount and sign at the bottom and send your check made out to CAI Publishing, Inc. to the PO Box listed below. We also take credit cards (VISA, MC, AMEX or DISC). You can also contribute through PayPal atcairomeo@aol.com.

We will countersign the Agreement and send a copy back to you.

I am thanking you in advance for your generous support. If you have any questions, please don’t hesitate to call me at 800-531-6393 or contact me at Sungenis@aol.com

PS: One of the most important things you can do for me is to pass this letter on to your friends and relatives who you know will be interested. You can also send me their name and email and I will be glad to send them this letter.

I understand that my name will be added to the credits of the documentary as a supporting financial contributor, unless I request not to have it added.

I understand that I can request copies of the DVD from CAI Publishing, Inc at no expense to me, including shipping and handling.

I understand that if the proper funds are appropriated for the making of the DVDs, I can expect the DVD to be published at the end of 2014 or beginning of 2015, and receive my copy of the DVD at that time, but I will not hold CAI Publishing Inc. liable if the DVD is not made precisely on schedule.

Please send this form back to: